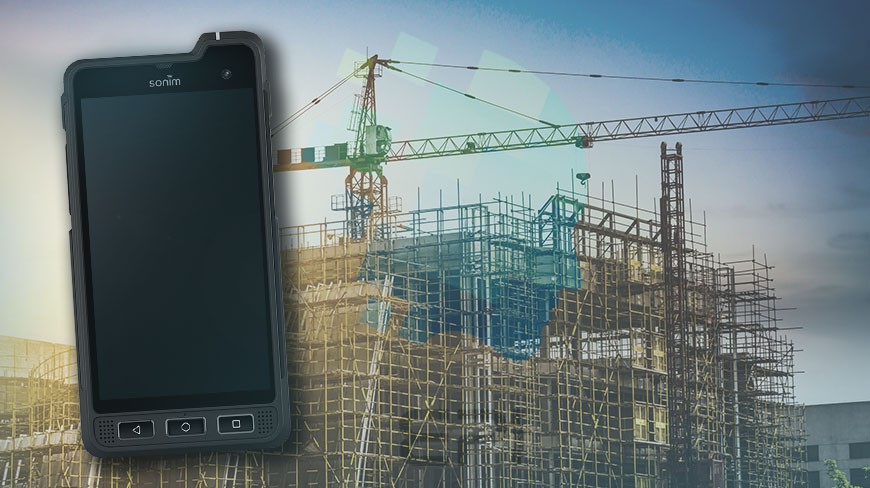 More than ever famous on the other side of the Pacific, the brand Sonim, born on the California coast has been able to prevail worldwide as the undisputed leader in professional and industrial telephony. EPI TELECOM introduced you to the brand through their first Sonim XP1 device more than 10 years ago, and you have adopted it today. From year to year, this reputation is confirmed more than ever with the European release of their new smartphone Sonim XP8.

In order to guide you and allow you to get a concrete idea of the XP8 before taking the step, EPI TELECOM offers a comprehensive test of the device.

The Sonim XP8 is a smartphone designed for professionals constantly evolving in risk environments: public safety, private, construction, transport of goods and people, maintenance, health sector, and many others, it will adapt with brilliance and efficiency in any professional environment.

Available in Europe for the first time since September 2018 thanks to EPI TELECOM, the XP8 is designed to "serve the people who serve us" as the brand's announcement, and definitely meets this mission.

When its big brother, the Sonim XP7 was already a device endowed with an extreme capacity of resistance, the Sonim XP8 follows its steps by offering an irreproachable robustness foolproof, which will be able to conquer any professional, as well as a wide range of individuals annoyed to be forced to change too often phone because of their fragility. The aesthetic facelift suffered by the Sonim XP8 compared to the model that preceded it, tends to confirm this trend of adopting a professional smartphone on a daily basis, also intended for personal use. Indeed, the XP8, despite a template that is impressive at first glance (necessary to offer the best in terms of robustness), is no longer a "brick", opts for a sober design totally black, and hides well his game. San Mateo teams did a job on the design of this ultra-robust smartphone, extending it compared to its predecessor (152 x 79.5 mm against the 137 x 72.1 mm Sonim XP7) to make him lose in thickness, from 20.8mm to 18mm, proving much less disturbing in the pocket and in the hollow of the smallest hands, for a weight of 335 grams. The XP8 thus still validates the most demanding laboratory tests, thus giving itself the highest standard of physical resistance, MIL-STD-810G, which certifies you a resistance extreme :

In terms of resistance, the Sonim XP8 will hardly disappoint the user, keeping the technical standards that made the success of the brand, while adopting forms and textures much more attractive than the models that precede.

The resistance of the Sonim XP8 does not stop at the falls, shocks and vibrations that could undergo the phone. He is just as bluffing when he is put to the test of all liquid and solid substances that could block him. It takes advantage of the IP68 / IP69 standard, the highest standard of waterproofness of electronic devices, offering you the possibility of submerging it under 2 meters of water for 30 minutes without making it suffer the slightest damage, and be totally sealed against the penetration of the finest dust and micro-particles.

And if the Sonim XP8 overcomes the dangers that water (in all its forms) and dust represent for the majority of mobile devices, no other liquid changes the game: fuels, oils of any kind, solvent of degreasing, the outer shell that protects the XP8 has been designed to make the device insensitive to the most corrosive and toxic liquids. The device goes as far as offering the possibility of being cleaned with a karcher at high temperature and extreme pressure in order to be rid of any liquid likely to cause damage to its user.

The big novelty of the XP8 is the ATEX ZONE 2/22 standard, whose phone is certified in its basic version. It will be able to penetrate serenely within the zones presenting explosive atmospheres of short duration.

To fully adapt to your day-to-day activities, the Sonim XP8 is not only resistant and waterproof, it also offers a range of outdoor features that simplify your work by offering practical features that "civilian" phones do not have.

The Sonim XP8 responds brilliantly to the call, and takes care of many outdoor features: 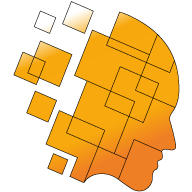 Now that we've talked about the resistance, sealing, and all the benefits that Sonim XP8 can bring to the outdoors, let's take a look at its software performance and technical characteristics.

It is at this level that the Sonim XP8 marks a revolution and a huge change compared to the models that precede it. By erasing all the defects that presented the XP7, it is more equipped than ever in terms of internal power:

Operating System : It runs on the most simple and accessible OS in the world, Android OS. It comes from the factory under the Android 7.1 Nougat version and has a very pleasant fluidity of use. It will benefit from future updates at the pace of the years to stay at the forefront of what is present on the market.

Screen : Its 5.0-inch screen improves in size but also in resolution, from a WVGA screen to a 1920x1080 Full HD LCD, allowing as much to accomplish your professional tasks, as enjoy multimedia content like watching a movie, play games or browse your social networks with the benefit of impeccable image quality.

Processor & RAM : The Sonim XP8 is equipped with an 8-core SDM630 processor clocked at 2.2 GHz, supported by 4 GB of RAM. This is a revolution for the American brand that has always favored robustness to performance. Today, the last joins the first by making the XP8 a monster in terms of its resistance as its software performance. Its excellent processor added to a solid RAM, you will run several power-hungry applications, without causing any slowdown to the device and ensuring a fluidity of use always at the rendezvous. The XP8 puts an end to the dilemma between robustness and performance.

Connectivity : In terms of connectivity, the Sonim XP8 remains equipped with the best technologies that make it an ultra connected smartphone. It equips the most modern standards of the market, 4G LTE multiplying the bands networks to be reachable everywhere, Wifi 802.11 a / b / g / n / ac / r, Bluetooth 5.0 Low Energy and a complete GPS support (GPS, Glonass, Beidou ). For the most technical professionals, the Near Field Communication (NFC) feature responds to the call, and PTT (Push To Talk) and PTI (Isolated Worker Protection) compatibility provide excellent business benefits.

Memory & Storage : The big weakness of the Sonim XP7 was its storage capacity which was limited to 16GB without the possibility of extension. It is nothing today because the Sonim XP8 includes 64GB of internal memory (including 50GB usable) with the possibility of extension via Micro-SD up to 128GB, bringing its maximum storage capacity to 192GB , enough for the most demanding users and intensive consumers of content. The obligation to transfer data to a hard drive to free memory is no longer up to date.

Camera : The camera of XP8 offers to its user photos of excellent quality. With 12 megapixels in the back (Autofocus and Flash LED) and 5 megapixels in the front, it will offer detailed shots offering multiple settings options, as well as 4K UHD video quality.

Battery : As described above, its enormous battery of 4900 mAh, will allow you to remain reachable at any time, Sonim Scout suite embedded factory in the XP8 will allow you to diagnose from time to time the battery and all other features of the smartphone in order to never be caught by a hardware failure.

In conclusion, the Sonim XP8 marks a new era in professional telephony, in which extreme resistance and excellent technical performance go hand in hand without having to choose one to the detriment of the other. Whatever your needs in terms of smartphone, it is intended for a purely professional use, personal, or a mix of both, the Sonim XP8 is the super smartphone that you need. Its 36-month unconditional guarantee comes to perfect its value and testifies to the quality of its materials. EPI TELECOM offers you the price of 879 € TTC, in Europe (5 to 6 days delivery), whether you are professional or demanding individual.

After reading this test, if you still have questions about Sonim XP8, do not hesitate to contact our teams via the chat, the contact form or directly by phone.